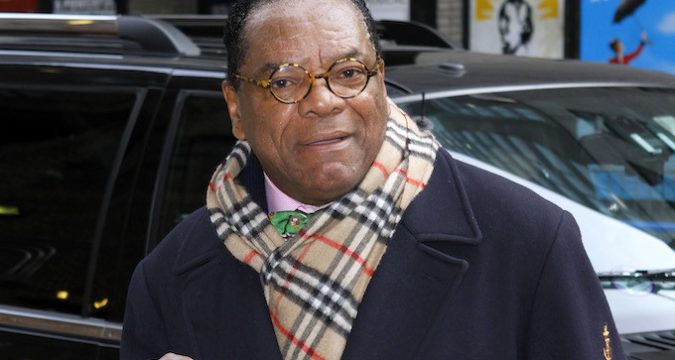 Detroit-born actor and comedian John Witherspoon have passed away at the age of 77, Deadline reports.

“It is with the deepest sorrow that we can confirm our beloved husband and father, John Witherspoon, one of the hardest working men in show business, died today at his home in Sherman Oaks at the age of 77,” Witherspoon’s family told Deadline in a statement.

“He is survived by his wife Angela, and his sons JD, Alexander, and a large family.

We are all in shock, please give us a minute for a moment in privacy and we will celebrate his life and his work together.

read also Satellite Internet: SpaceX will launch its network in 2020

John Witherspoon is perhaps best known for his role as Willie Jones in the Friday movies and for voicing Robert Jebediah “Grandad” Freeman in The Boondocks.

Last month, it was reported that HBO Max put in a two-season order for the animated series.

Witherspoon has acted in several movies and television shows throughout his long career, such as Hollywood Shuffle, Boomerang, Vampire In Brooklyn, I’m Gonna Get You Sucka, House Party, I Got the Hook-Up, I Got the Hook-Up, Soul Plane, Little Man, The Richard Pryor Show, The Incredible Hulk, The Fresh Prince of Bel-Air, Living Single, The Tracy Morgan Show, Black Jesus, Black Dynamite, Black-ish, and much more. Witherspoon was recently featured on Chance the Rapper’s The Big Day album.

and macOS Catalina: the main novelties of the update